The voice of the Roofing Industry in New Brunswick for over thirty years.

The rebirth of the roofing apprenticeship program began with the contractors taking a “head on” approach and getting involved in the program. The Association became involved as the communication network between the Apprenticeship and Occupational Branch and the Contractors.

In August 2016 the Contractors purchased a building at 1010 Fairville Blvd in Saint John. This building would house the office of the New Brunswick Roofing Contractors Association, the Master Roofers Guarantee of New Brunswick Ltd., as well as be the Roofing Training Centre for the Province of New Brunswick Apprenticeship Program. It would consist of offices as well as a classroom and a 3,000 sq. ft. practical area that the apprentices could actual work on a variety of roof mockups.

Renovations began in March 2017 and the facility was ready to receive students by the end of 2017.

A memorandum of understanding was signed with the New Brunswick Community College to be affiliated with the college. The first block of students started at the new state of the art facility in January 2018. 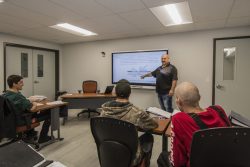 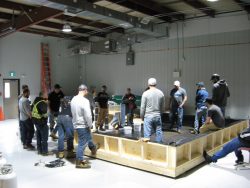 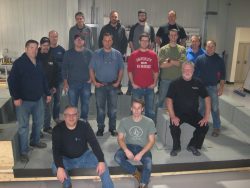 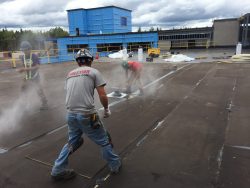 Pre-Apprenticeship Training Are you wondering what a career in the Roofing Trade is like? Are you wondering if you are cut out to be a Roofer?  If you are wondering about a roofing career and would like to know more, you’re in the right place. NBRCA and STEPS NB has
Learn More